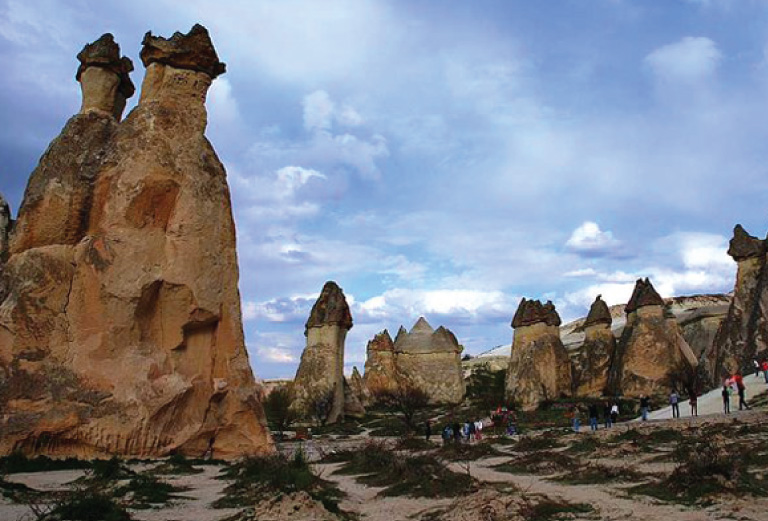 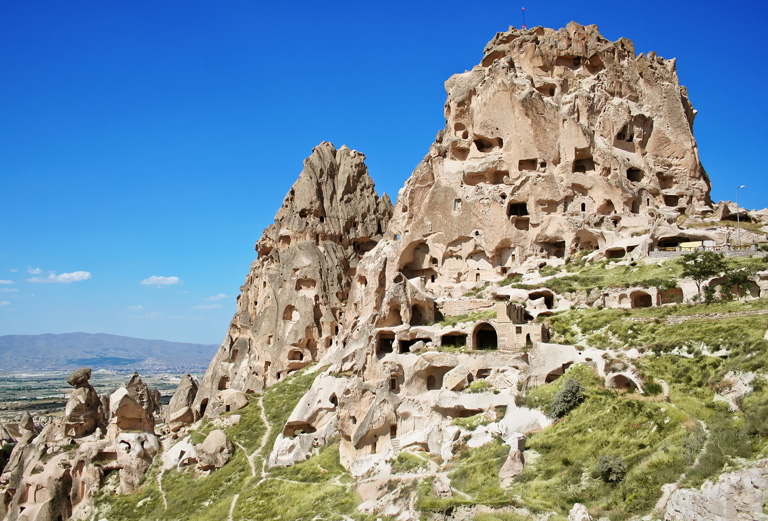 Our guide and driver meet you at the hotel at 09:00. The tour begins with a descent towards the centre of the earth, with a trip to the underground city of Kaymakli, one of the largest and deepest of Cappadocia’s many such settlements. From here we drive to the famous Goreme Open Air Museum to see the best examples of Byzantine art in Cappadocia. These are found in rock-cut churches with frescoes and paintings dating from as early as the 10th century. From here we pause at Avanos, a centre of terracotta art since 2,000 BC, for a demonstration in a traditional pottery workshop. After lunch in Avanos, we visit Pasabag’s “fairy chimneys”, where the voice of the wind harmonizes with the songs of the fairies. We end the tour with a visit to Sarihan Caravanserai, a very fine example of the Turkish Seljuk art, built in the early 13th century on the legendary Silk Road, for the accommodation of the traders and their camels. After this, we stop by the Race HQ where you complete your registration and transfer you to your hotel.
Overnight at the Esbelli Evi Cave Hotel in Cappadocia.

Transfer to Kayseri Airport for the flight to Izmir. Another transfer from Izmir Airport to your hotel.
Overnight at the Charisma Deluxe Hotel in Kusadasi. 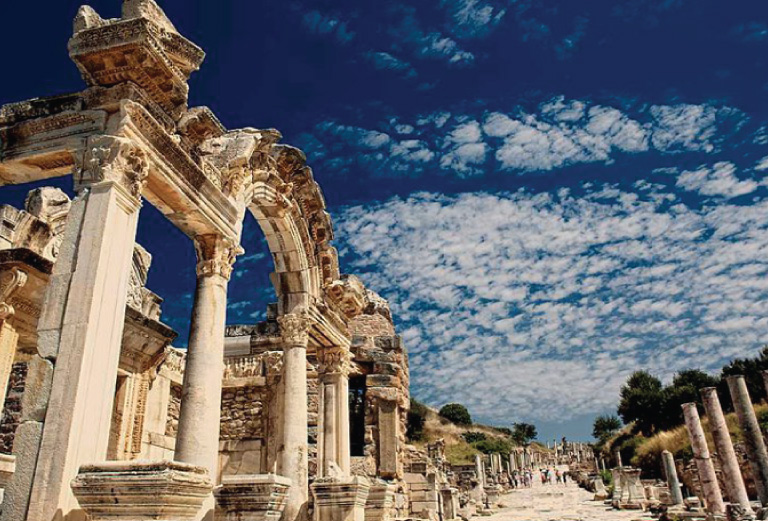 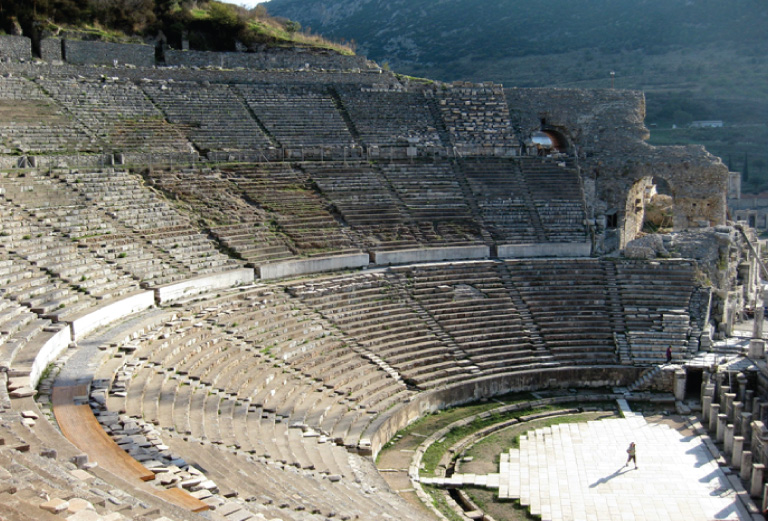 Today we first drive to the Virgin Mary's House; after that we visit Ephesus which was founded in the eleventh century BC by the Ionians. Strolling through the streets of Ephesus, we will witness the perfection of the Greco-Roman Art. Later in the afternoon we will visit St John's Basilica, believed to be the tomb of the Apostle John, Christ's beloved disciple. From the basilica, we will be able to look down on the remains of the temple of Artemis. After this, we transfer you to Izmir Airport for the evening flight to Istanbul. Another transfer from Istanbul Airport to your hotel in Sultanahmet.
Overnight at the Blue House Hotel in Istanbul. 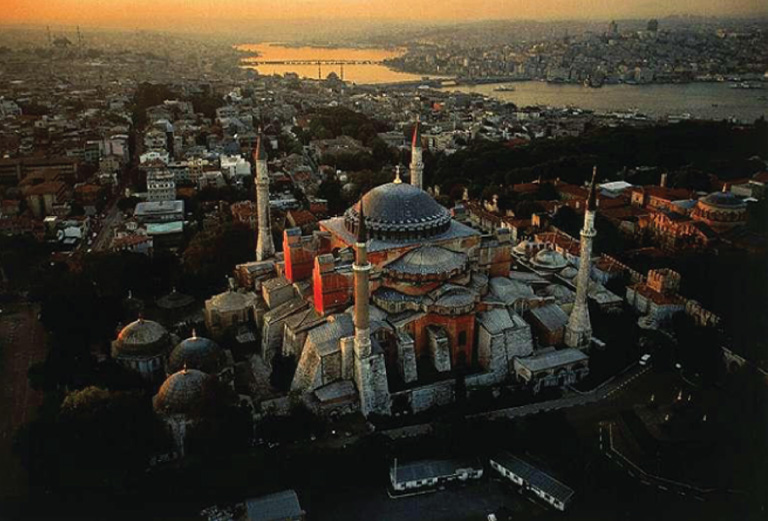 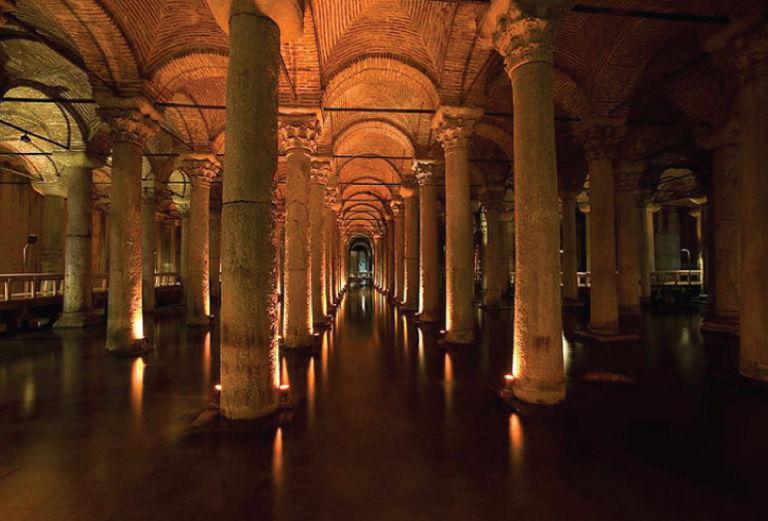 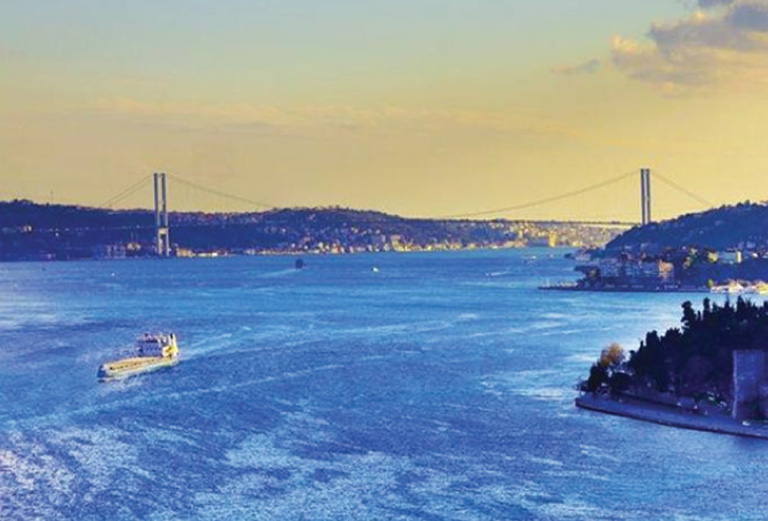 After breakfast, our guide meets you at the hotel at 09:30 for the day’s tour, which takes us to a number of Byzantine Relics.
We first stroll to the great square which was once the Byzantine Hippodrome. Now it is a great park like area surrounded by the Blue Mosque, Hagia Sophia, and the Underground Cistern. The Hippodrome exhibits the Walled Column, The Serpent Column and the Egyptian Obelisque from the Byzantine times and the German Fountain is located in the North end of the Hippodrome. Next we visit the Hagia Sophia, the most important Byzantine building in the world. After lunch at a local restaurant we take a short drive to The Chora Church to see the climax of Byzantine Mosaic Art. We end the tour with a visit to the Underground Cistern, commonly called the Basilica Cistern.
Overnight at the Blue House Hotel in Istanbul.

Your guide will meet you after breakfast for a tour of the Ottoman Istanbul.
A short walk takes you to the Blue Mosque which was completed in 1616. Our next stop will be the Topkapi Palace, more than just a palace, it is an assemblage of museums containing collections amassed by the Sultans for almost five centuries. Our visit also takes you to the famous Harem where the Imperial Family resided. We then walk out to Divan Yolu, the old 'Road to the Imperial Council’ now a busy thoroughfare, for lunch at a local restaurant. Next we walk through the old cobbled streets down to the Spice Market, where Genoese and Venetian goods were sold at a time when there was no Suez Canal, and all the spices from the East were also brought here after being loaded on vessels in Egypt. We will continue for a leisure cruise on the Bosphorus on a local ferry, having an opportunity to admire the palaces, Ottoman yalis (wooden Bosphorus seaside mansions), the Bosphorus bridge, fortresses, among others. We end the tour with a visit to the greatest Bazaar of them all, the Grand Bazaar, one of the most extraordinary shopping experiences in the world.
Overnight at the Blue House Hotel in Istanbul.

Transfer to Istanbul Ataturk or Sabiha Gokcen Airport for the flight back home.

Including; - Kayseri/Izmir – Izmir/Istanbul flight tickets
- 7 nights accommodation including breakfast at the mentioned hotels (standard rooms)
- Air conditioned luxury minivan with driver on tours and transfers
- Professional guiding on tours
- Lunches on tours
- Dinners in Kusadasi only
- All admission fees to the museums and sights
- Taxes